Empire - Russians vs. Bavarians and French: 1812

Picking up our favorite game system after a long layoff, we dusted off the Empire rules and at the suggestion of the French, got out all our Russians.  Played on a 9x6' table, we thought there would be more room till we put down over 1600 infantry and around 300 cavalry figures.  The infantry sides were very even in numbers, though the Russians had a clear edge in cavalry and of course hordes of class III guns.

The Russians were arrayed in four small infantry corps with two cavalry corps in support, the Franco-Bavarian army had one corps each with attendant cavalry.  Both sides had troops off table at the start that mostly came on during the first hour.  Both armies were operating under attack orders so were going at each other from the start.

So, we'll let the pictures speak for themselves.  Click on them to enlarge.  Very picture heavy, you have been warned.  Enjoy the spectacle.


One week later we resumed.  On a miserable die roll Bagration took a minor wound and was unable to inspire the men.  In spite of that, for the first time all game, the Russians got the initiative and put it to good use. 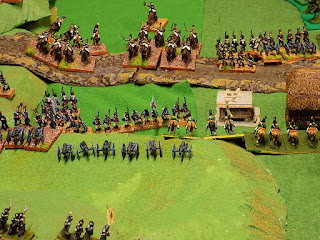 And so it ended, early on Day Two.  The heavily mangled Bavarian division routed in it's ME Determination test and the equally shot up French division became Shaken and Disordered.  With so much manpower concentrated in their MEs, compared to the dinky Russian infantry MEs, the game was called.  The best French were not yet committed, but with the Bavarians so mangled it was only a matter of time before their flank was turned.

For me personally, this was the first time in who knows how long that I felt the big number of Russian cannons truly came into play.  Usually they get ripped up before they can even come into action but this game they kept the Russian infantry safe from the bigger (by 50%) French battalions till I chose to commit them.  Satisfying though somehow mitigated by having almost 3 times as many guns, even if they are the lowly Class III pieces.

Both sides had their moments, especially the Bavarian cavalry, and in the end everyone conducted themselves as gentlemen remembering it's just a game.  Merci.

Posted by Michael Mathews at 5:22 PM

Ancient and Honorable Order of the Tankard

"a whiff of grapeshot" 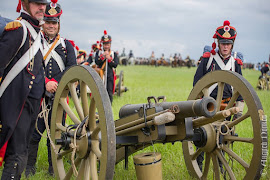 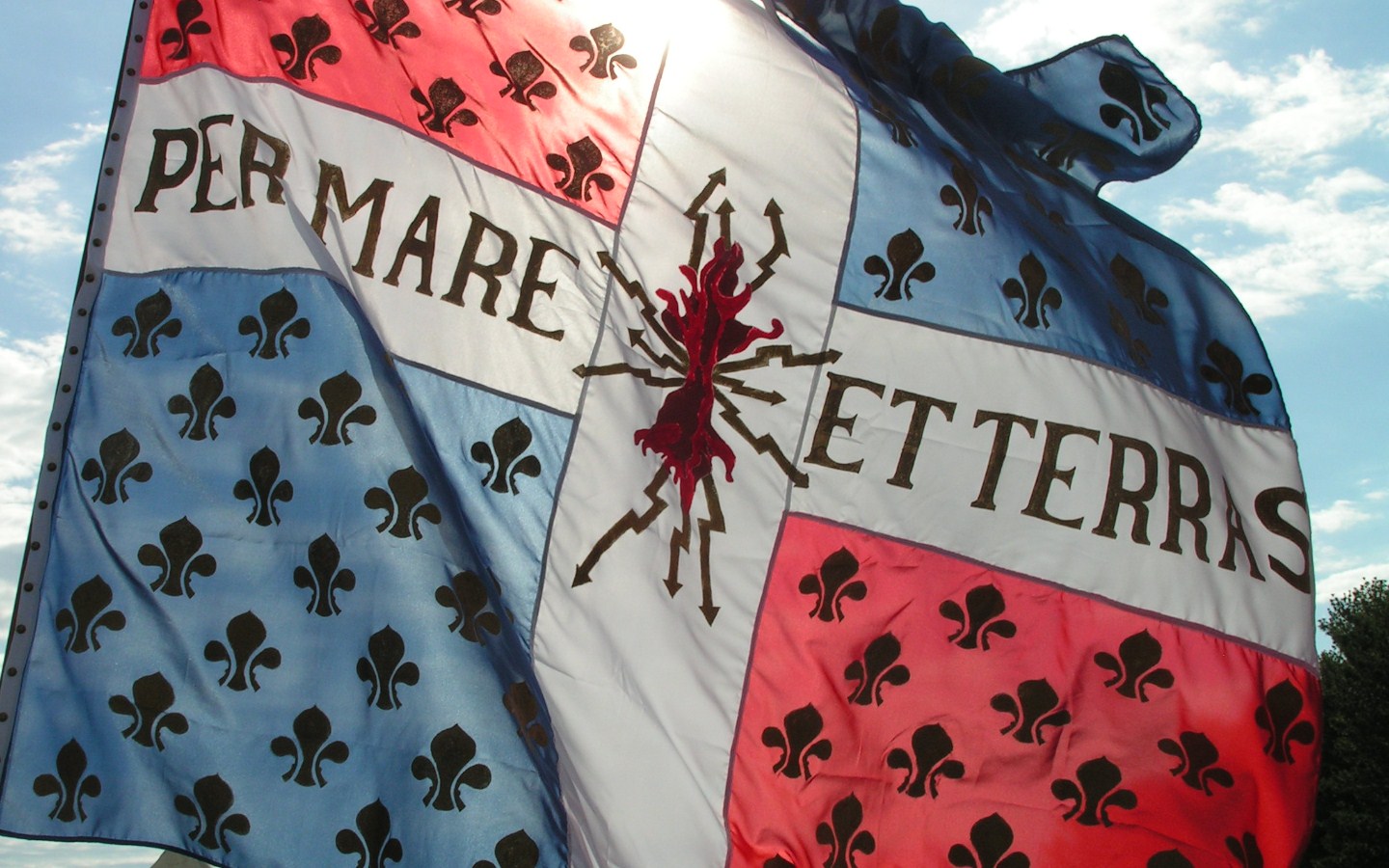 Me - aka. "Visage Tonnerre" 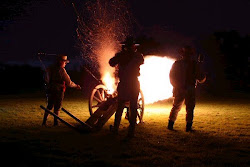